A Female For The Dovetail Plane 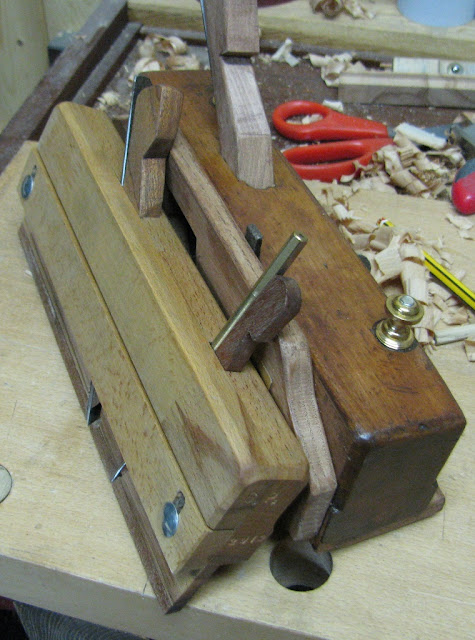 In the sliding dovetail joint the two elements, male and female slide one into another. The resulting joint is very strong and it is most used when vertical and horizontal parts have to offer more resistance to the traction (the shelves in a bookcase, for example).

The traditional way for this joint needs three tools: saw, chisel and router plane.
Another option is to use dedicate planes, but while for the male element the choice is wide, for the female part of the joint the specialized planes are rare. Japanese tools, instead, have a Ari-Kake-Shakuri-Kanna for this purpose, a grooving plane needing a separate angled fence for its job. 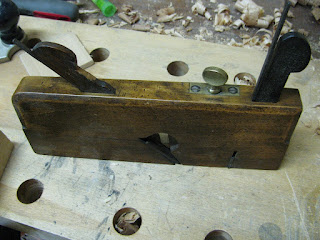 As this joint is mostly cut across the grain, it is necessary scoring the wooden fibers before.
The plane for cutting the female element is a sort of dado plane, indeed, only with angled sole and skewed blade.
Finally I decided to make a self made one and here is the result: 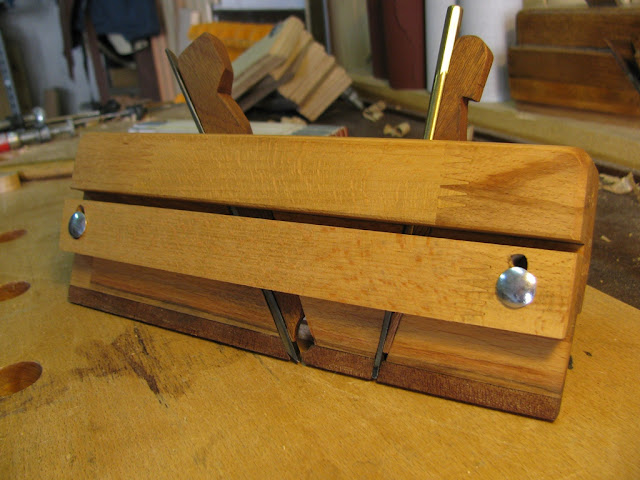 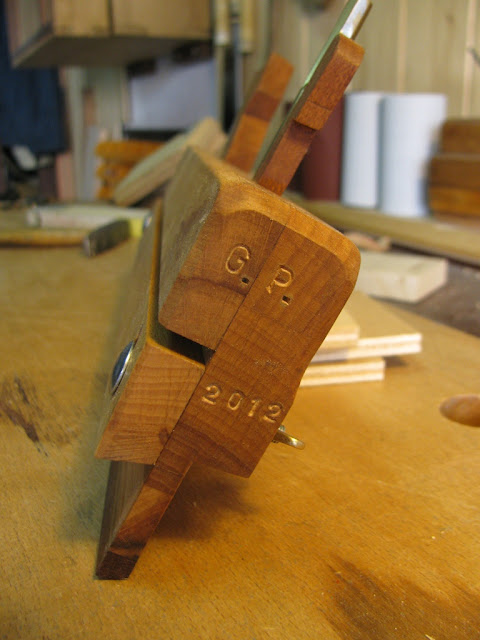 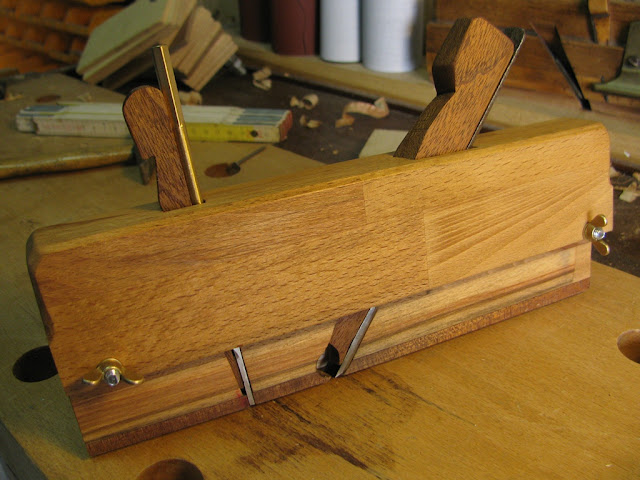 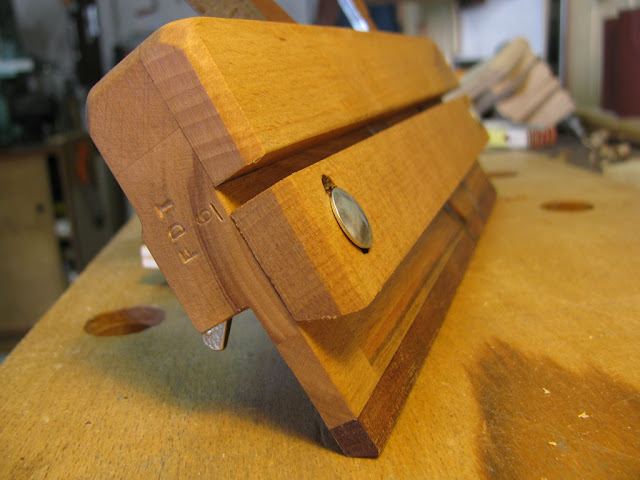 FDT means "Female Dovetail" and 6 is the blade width (6 mm)
The blade is skewed at 20° and the sole is inclined at 78°, the same of male cutting plane. The blade is bedded at 50°.
It has an adjustable depth stop and a double spur for cross grain cuts.

The woods are beech for the body, mahogany for sole and wedges.
The body building is quite simple. I cut a rabbet for the 6 mm bottom part. 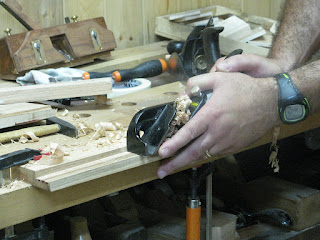 I cut rooms for blades and wedges and glued a piece of mahogany to the bottom. 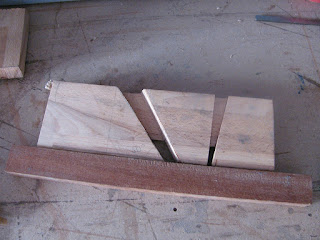 I planed the sole at 78°, controlling the correspondence with the male element. 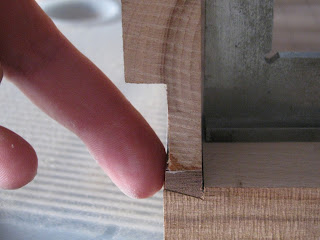 The critical part of the job is to find the exact correspondences between angled sole and skewed blade and wedge.
For the blade I used an old plane iron, for the nickers a 10 mm spade bit, grinded ad hoc. 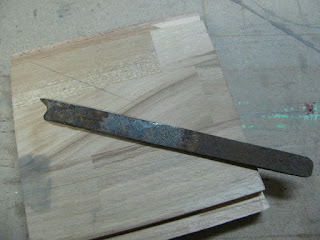 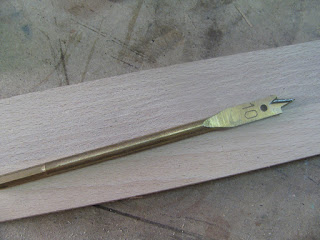 Then the side is closed by a piece of beech; it creates the slots for blades and wedges.
The finish is shellac and wax. 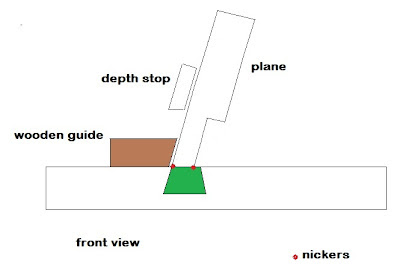 The plane is able to cut grooves of which minimal width must be inferior to blade width; in practice is better that such measure was at least 3-4 mm more.
The cut is carried out in two parts (or more, if the dovetail is larger), the last one in opposite direction.
Here is the on the road test:
Cut the male and trace two parallel lines at a distance corresponding to minor width dovetail point. This is the only tracing requested: 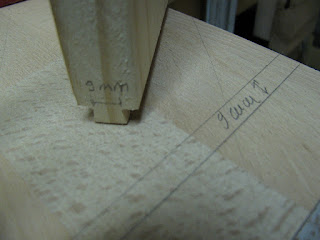 The angled fence keeps the plane in the correct position: 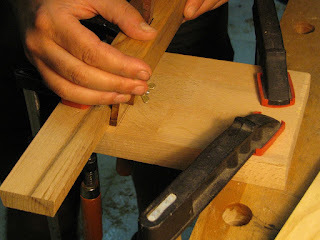 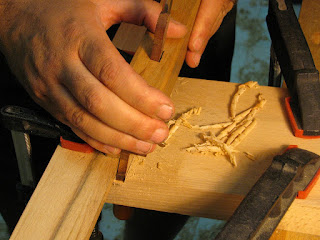 A couple of minutes for the first groove: 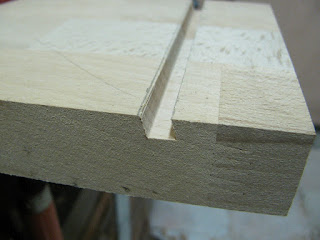 The second cut in the opposite direction.The depth stop arrests the plane at wished point: 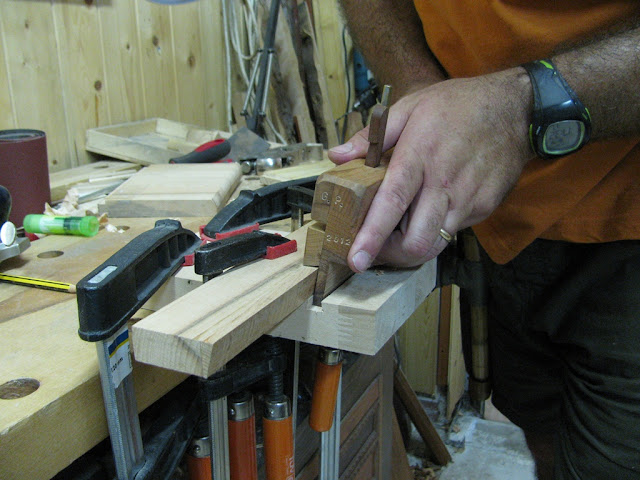 The router plane has really a poor job to do: 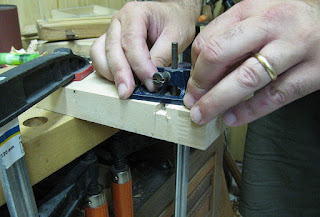 Here is the groove completed.... 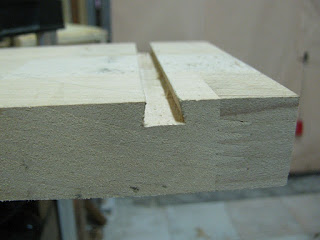 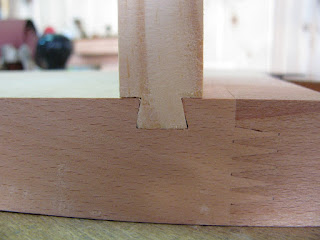 In this case I cut beech wood; it will be interesting to observe the plane working on harder woods. Surely, the tool can be improved by a better quality blade. I did only few cuts but I learned that is convenient to keep the groove closer (- 1mm) and finally adjust  the male by few other shots.....plane shots of course!

My book on Handplanes 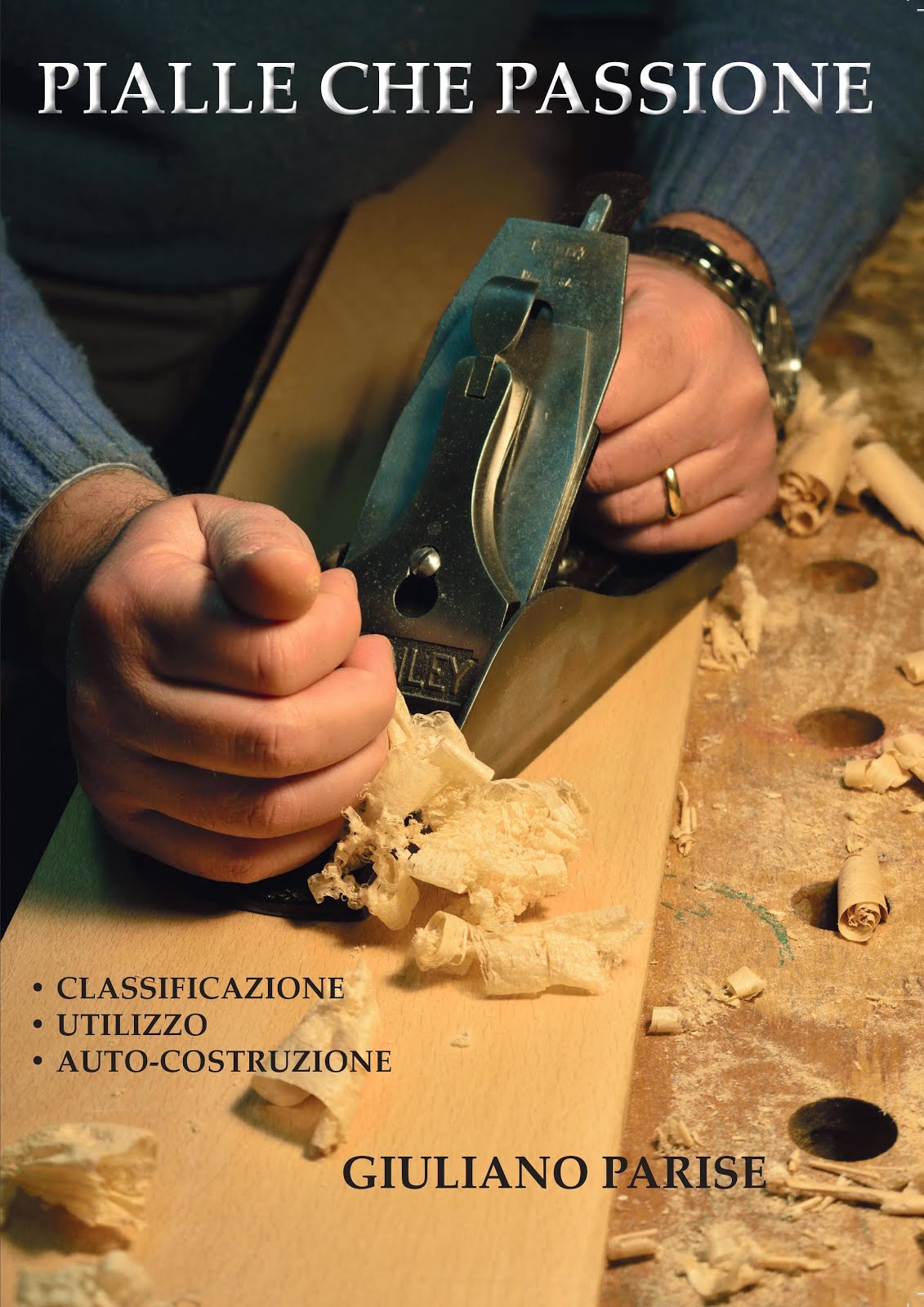 Italian edition only, available on Amazon